When 24-year-old Chris was first referred to ECL’s Supported Living service he was struggling to manage his anxiety and his long-term ambition of living alone seemed out of reach. Six months on, and with the help of the team at Orchard Place, Chris is feeling positive and counting down the days until he gets the keys to his very own flat… 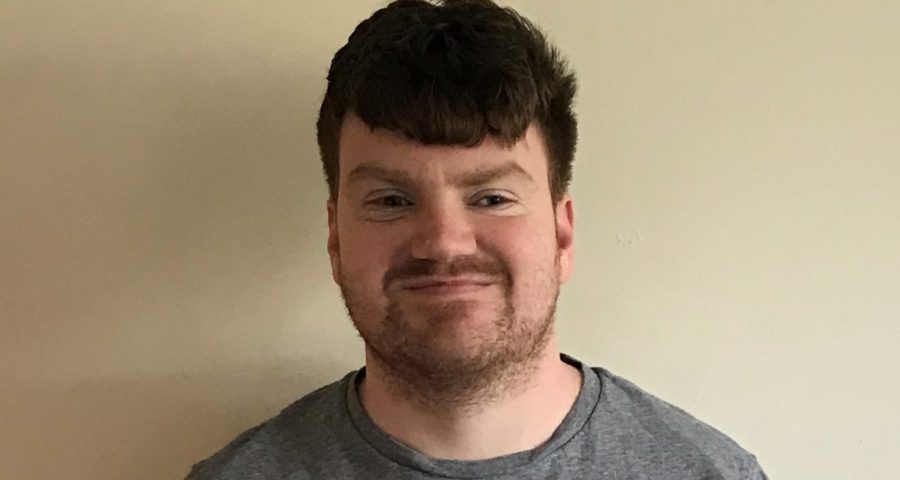 “Anxiety is an illness that people can’t see so often they don’t understand it, but I have had a lot of support from ECL and have made fantastic progress in the last six months. I used to get very angry and frustrated, but I feel so much happier now." Chris.

When Chris, a young man diagnosed with autism and mild cerebral palsy, was first referred to ECL via his social worker he was fraught with anxiety which often led to him getting frustrated and lashing out. After undertaking a series of clinical assessments, including creating an occupational therapy profile to identify Chris’ physical, psychological and sensory needs, ECL recommended he be given a six-month placement at one of their supported living complexes – Orchard Place.

From the outset, Chris knew exactly what he wanted to achieve during his stay and set himself four clear goals – to be able to increase mobility and reduce pain in the hand most affected by his cerebral palsy, to be able to take a bath alone, to be able to do his food shopping unaided, and to reduce his anxiety levels. All of this would move him a step closer to his ultimate aim of having his own home.

Keen to help him succeed, ECL’s Occupational Therapist (OT) Aimee Nutall worked with the Orchard Place staff to identify and implement changes, such as sourcing a portable bath lift and training Chris on how to use it safely. The lift can be packed and moved with ease, enabling him to do the hand exercises suggested by his OT in the bath when it is least painful, regardless of where he might be. Having identified a number of triggers for his anxiety, Chris was taught a range of techniques to help him cope with flare ups and was provided with handy resources like worry flashcards which he can carry with him. His in-house support team even painstakingly created a unique shopping list which acts as a visual aid as he walks around, meaning he no longer needs to be accompanied into the store when doing his food shop.

All of this has been hugely beneficial for Chris, but one of the key interventions ECL made was to encourage him to see his GP who prescribed medication to tackle his anxiety head on.

Chris says, “Anxiety is an illness that people can’t see so often they don’t understand it, but I have had a lot of support from ECL and have made fantastic progress in the last six months. I used to get very angry and frustrated, but I feel so much happier now. I’ve got on really well with my new medication and have an app which is easy to use and allows me to manage my prescriptions independently, too.”

Having completed travel training and a money management course, Chris is now preparing to move into temporary assisted living accommodation which will see ECL reduce the number of hours staff spend on site, while remaining contactable round-the-clock.

Rebecca says, “Giving Chris the tools he needs to handle the challenges of independent living has been a team effort and he has embraced everything we’ve thrown at him, so I am delighted he is a step closer to achieving his dream. Chris has always been very determined and with a little bit of help from us has been able to submit his housing application to the local council. It is now only a matter of time before he’s picking up the keys to his own home and I know we’re all looking forward to celebrating that huge milestone with him.”

Our clinical team works with all customer groups, with a specific focus on customers with complex physical, sensory, behavioral and/or communicative needs and older adults.