When Project Manager, Neil Taylor of Clontara Developments, was recruiting for a site cleaner to work at a construction development in Billericay, he was pleased to be contacted by ECL Inclusive Employment Consultant, Sam Towns, regarding a candidate she had in mind called Roger. 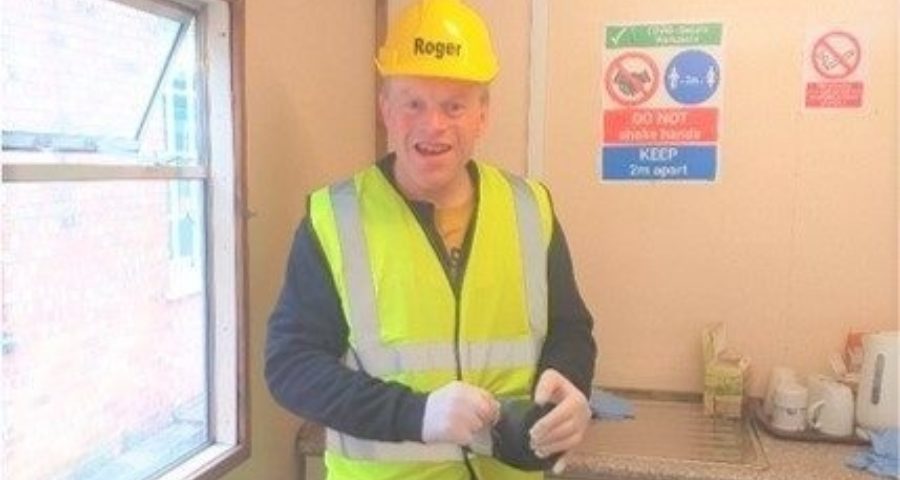 "After discussing Roger’s application with our Managing Director, we felt that this would be a fantastic opportunity for both Roger and ourselves as a company."

Roger, who is 39 and has a learning disability, already worked as a volunteer for the British Heart Foundation and had been a customer of ECL Day Opportunities for five and a half years but had aspirations to work on a building site.

Here, Neil explains more: “Sam contacted me after finding our vacancy for a site cleaner on the recruitment website, Indeed. Sam explained her job role and the individual with learning disabilities that she was supporting, Roger. She planted the seed about employing someone with a disability and she explained the support that she would offer both Roger, myself and the company.

“We already have a legal obligation with Basildon Council, called a 106 agreement, to employ locally within our catchment area, and to put together an employment and training strategy that supports the local community, so as a company we felt we had a moral imperative to make efforts to be an inclusive employer.

“After discussing Roger’s application with our Managing Director, we felt that this would be a fantastic opportunity for both Roger and ourselves as a company. And as promised, Sam offered a variety of support throughout the application and onboarding process; she mentored Roger and took the time to show him how to complete his job role to a good standard, as well as supporting him in understanding the role, resolving any concerns. Sam also supported Roger in becoming self-employed, as well as putting in place all of the required Risk Assessments and arranging regular reviews to look at his progression within his role.

“On Roger’s first day, Sam attended with him to help him settle in. I took Roger and Sam on a tour of the building and explained what tasks Roger would be expected to complete throughout his shift, which include ensuring the welfare area is clean for the builders and making sure the workplace is safe and tidy. As Roger struggles with his reading and writing, Sam put together a visual document to be able to support him in completing his tasks, which has worked really well.

“Since joining our team, Roger has settled in well; he’s very punctual, he speaks to all of his colleagues on site and always asks if there is anything else that needs doing once he has finished his set tasks. He is meeting his expected requirements and when his colleagues speak about him their faces light up!

“I would recommend the ECL Inclusive Employment programme, as having Sam on site with Roger has really helped him in his job role and he has proved to be a great addition to the team. Our business has benefitted too, as by employing Roger, we have been able to demonstrate our company ethos and morals, as well as our commitment to our agreement with Basildon Council.”

Roger is absolutely thrilled with his new role too, saying: “My family are really happy! I love working and I enjoy myself. I would recommend others getting a job as it has helped me socialise and meet others, and hopefully it will do the same for the others who get into employment.”

ECL and Essex County Council are collaborating on a new ground-breaking project helping adults with learning disabilities and autism to achieve aspirations of paid employment.