When Sensory Assistant and Sighted Guide, Bridget Shrimplin, first met Jamie, he had recently lost almost all of his eyesight and was struggling to cope. Bridget supported Jamie to build his confidence and explore new opportunities. 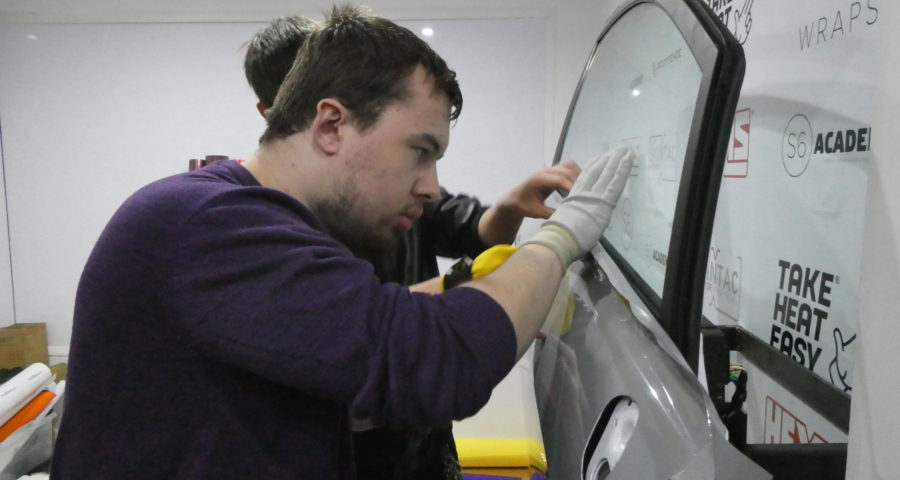 As a result of the Sensory Service’s support, Jamie’s confidence has grown, and new opportunities have opened up to him.

As Bridget says: “Jamie is a young man who started to lose his sight at the age of 16 and by the time he was 18, he had lost almost all of his vision and only had shadow perception. When I first met him, he was very quiet, withdrawn and was not coping with life very well. He told me he felt self-conscious about his disability and didn’t want to be labelled or stand out from the crowd.

“Our priority was to help Jamie to get out into his community and regain some of his lost confidence, so I undertook a lot of research to identify potential community activities and clubs that he might be interested in joining.”

Bridget started to build a relationship with Jamie by inviting him to take her dogs out for walks and through their conversations, she learnt about his interest in sailing, so she found a local specialist sailing club that he could join. Jamie relished this experience and even took the helm!

Over the following months, they continued to find other activities such as airfields and museums, which he then went on to visit with his grandfather, as well as a local ‘airsoft’ group, which he now attends regularly with his best friend.

Jamie was also able to have the opportunity to explore his interest in cars and test his driving skills, Bridget explains: “A rite of passage for a lot of teenagers when they turn 17 is to start driving lessons and this was one thing that Jamie thought he would never be able to do. But we found a company near Colchester who specialise in testing people’s driving skills and reactions after having a stroke. They offered Jamie a one-off driving lesson in a secure off-road location - his mum and grandparents were delighted to watch Jamie behind the wheel, driving 2 different cars! He also completed a beginner’s car wrapping course with a local business, which is something he is interested in as a potential career.”

As a result of the Sensory Service’s support, Jamie’s confidence has grown, and new opportunities have opened up to him – he even recently travelled to Germany independently to visit a friend. Jamie is now looking forward to the positive future ahead of him.

Our sensory impairment service supports people who have a sight loss, hearing loss or combined sight and hearing loss, to maintain independence and dignity in every aspect of daily life.